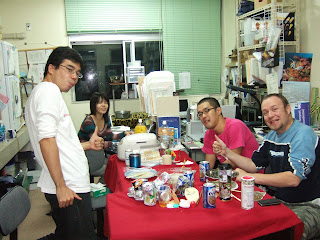 We made a year-end party on Dec. 21th.
We had two grilled fish ( tuna and mahi-mahi ) caught by Jamie and drank a lot of beer
(especially JR). The party started from PM: 5 and then it continued until 7 in the morning!
JR has continued drinking beer until the end of the party. He was completely drunk, and he seemed to be back when he was a baby who is same age as his daughter.
(For example, he began to peel a onion suddenly and scatterd its' skin around the room. etc...)
Eriko has a funny video. Let's check!
Have a nice Christmas day.          yuka 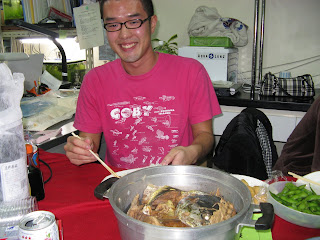 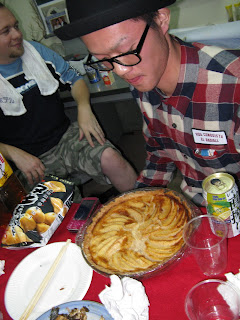 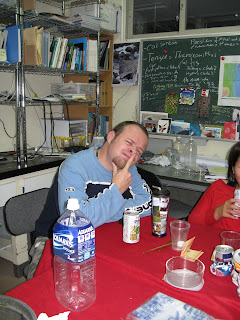 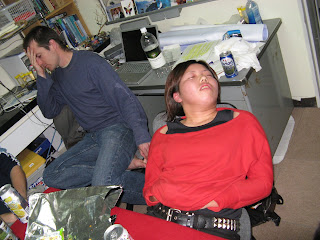 Lab Overview:
In the Department of Chemistry, Biology and Marine Science, MISE focuses on research into coral reef invertebrate biology using ecological and molecular methods. Currently, members of MISE are particularly interested in zoanthids and anemones, mushroom corals, zooxanthellae (and other protists), and amphipods, octocorals, fire coral and sponges.

For a publication list and any reprint request, please email jreimer at sci.u-ryukyu.ac.jp

or visit our homepage (link above).